Bard shines at the farm 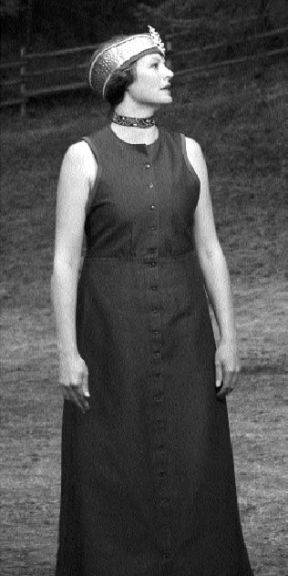 What do you get when you transport William Shakespeare to a farm in Armstrong?

Why, Caravan Farm Theatre's winning production of Macbeth, of course.

From the first skirl of the bagpipes, to the prolonged applause as the lights go down, this year's summer production is, like its author, a masterpiece.

Director Estelle Shook has masterfully woven the characters in this tragic tale of treachery and madness.

Macbeth, one of Shakespeare's most popular plays and his shortest tragedy, is regarded as an archetypal tale of the dangers of the lust for power and betrayal of friends.

While the Elizabethan English, spoken beautifully by the actors, takes a bit to get used to, the magic of the performance sweeps the viewer into the heart of the play and the passions of its characters.

Costuming that might at first seem incongruous - some actors in Shakespearean garb, others in suits or farming attire - bring this morality play to its rightful place in modern times.

And there are laughs to be had too.

Macbeth's visit to the witches' cavern is downright delicious. Who can forget the weird sisters' incantations, "Double, double toil and trouble; Fire burn, and cauldron bubble-"

Set designers Catherine Hahn and Harry vander Schee have made brilliant use of a steep hill that does indeed allow Birnam wood to come to Dunsinane.

The talented members of the Kalmalka Highlanders Pipe Band add appropriate notes to the Scottish play and the farm's own noble steeds, Tinker, Tom, Jason, Barley and Jerry help set the scene too.

This is probably not the best production for very small children, but were students introduced to the works of Shakespeare through this production, the bard would likely have a much larger present-day fan club.

If you aren't familiar with the story, it would be advisable to read a synopsis beforehand. There are plenty of them on the Internet. Macbeth runs to August 27 at 7:30 p.m. nightly, except Mondays.