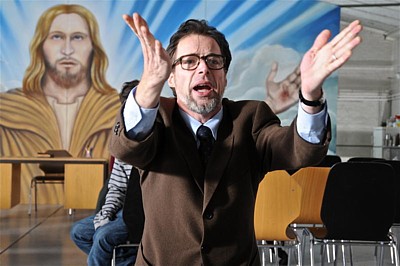 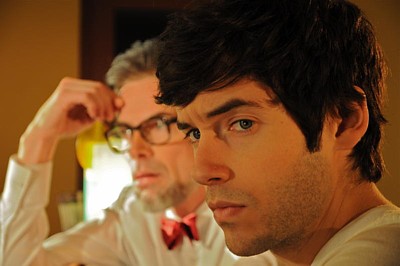 Blissestraße is the story of a group of young American Christian fundamentalists on a mission to Berlin to try to bring the Germans back to Jesus. They do not succeed. Two of the young missionaries, Harris and Rodney, quickly find themselves in very complicated adult sexual adventures.

Berlin—a unique city with a dark cloud of history hanging over it—is also a real character in Blissestraße, and one that will likely prove unfamiliar even to those who think they know Berlin well.

Pastor William, the mission’s leader, suffers from a special hate for homosexuals, which is dangerously problematic for both him and his followers because Berlin is a Babylon of temptation for the gay devil that lives inside him.

Harris is a bright, attractive, skinny 20 year-old from a broken home in the Maryland suburbs of Washington D.C. His mother is an ex-hippie alcoholic. His father died of lung cancer when he was eighteen. Harris”s tough life got a lot worse when he was arrested for selling his father”s Dilaudid (type of morphine) at his high school. Luckily, he managed to get his long prison sentence stayed by pretending to be “saved.” Finding it difficult to keep up his false life in a Christian College, Harris volunteers to join an American Christian Mission in Berlin. We see Harris as kind of conventional, white middle class. There is a lot of flexibility in how he looks. But he should be European stock and most importantly – charismatic. He has a rugged look to him, and looks like he”d have a mechanical ability..like fixing motorcycles. Good voice, as he is the voice of the film.